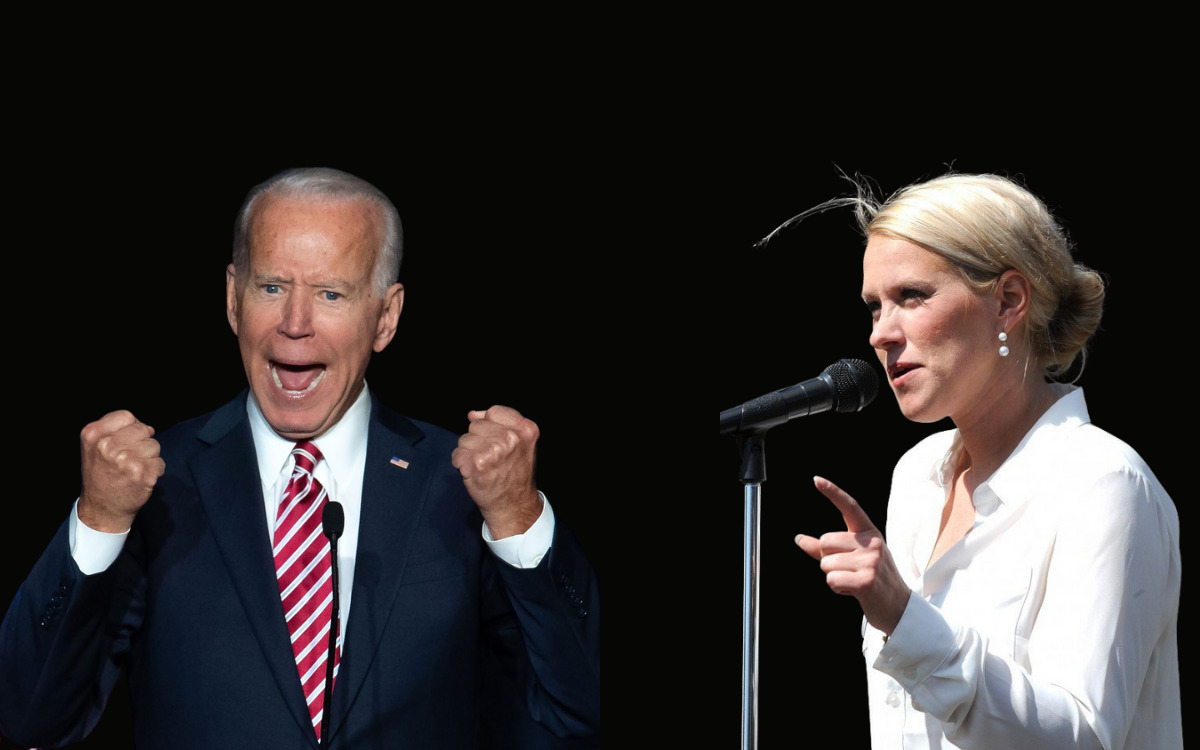 Biden’s recent poll numbers show that almost 70% of America disapproves of the direction that our country is going. Right now America is seeing a 10% increase in inflation, mass unemployment due to unconstitutional vaccine mandates, a supply chain crisis, and the intentional collapse of the American medical system through nurse and hospital staffing shortages.

In 2021 alone, we’ve also seen mass sick-outs of airline workers, we’ve watched in horror as families have been refused entry into restaurants without a vaccine card, and children being vaccinated behind their parent’s backs at school.

Our country and our Constitution are crumbling before our eyes. We often stop and ask ourselves “Is America going to survive another three years under the Biden Administration?” Not only has the Biden Administration weaponized the DOJ against patriots who dare question the integrity of the 2020 election, but they have created their own version of Guantanamo Bay in the DC Gulags for January 6th Rally attendees. The fact that American citizens are being tortured in jail for “political wrong-think” is absolutely disturbing.

People like Merrick Garland were put into positions of power for a reason. When the Biden Administration fortified the stolen election, they swiftly moved to install people like Garland and Chipman into positions of authority because they specialize in one thing: Crippling the American public with fear. The fact that the Biden Administration would even consider someone like David Chipman for the ATF was telling in itself. Chipman was an ATF agent back during the days of WACO, when the US Government terrorized a religious cult in an event that ended in 76 men, women, and children burning alive for allegedly “stockpiling weapons” in their bunker community.

The events at Waco became a symbol of government oppression. This symbol was so powerful that it inspired the revenge bombing of a federal building in Oklahoma City two years later that killed 168 people. In comes Merrick Garland and the “War on White Supremacy.”

The stolen election, the January 6th set up, the Merrick Garland nomination, the DC Gulags, and the revived war on “White Supremacy.” This was all part of the plan. The Regime’s calculated plan is to terrorize you into questioning your own sanity or to make you forget what they did in the 2020 elections. Never forget what they have done, and never forget what they continued to do to us after they positioned themselves into power.

The good news is that a nation is made by its people, its families, and its communities- not its government. The American people have awoken to the plan of the Regime, and have started to make adjustments accordingly. The American people started turning off the propaganda on the news and started networking with their communities, parents started pulling their children from the indoctrination centers and began homeschooling. It should also be noted that the Christian community is stepping out in boldness and speaking out as well. American patriots started to organize, and they started to build- Andrew Torba and the Gab community being a great example. American conservatives were banned from social media, so Torba created a new one. We need to continue to build in our own way. Our Constitutional Republic is crumbling, but our people are becoming stronger and smarter. No matter what you put on the TV or in the newspapers, you can no longer fool us. We know exactly what the Regime is, and that’s the first step. The Media will tell you that you’re part of a “fringe” minority group, but guess what? Almost 70% of the country feels the same way you do, Biden’s disapproval numbers prove that. Will America survive the next 3 years under Biden Regime? I’m not sure, but I do know that the American people, our families, our communities, and everything we build during this time of oppression will survive and it will be unshakable. Hard times create strong men. Consider this the test of our lifetimes. If we can make it through this, there is no stopping us after we overcome. Don’t let the Regime terrorize you into crippling fear. Use this time to seek Christ, build communities, organize, and in the meantime, try to not get Waco’d.