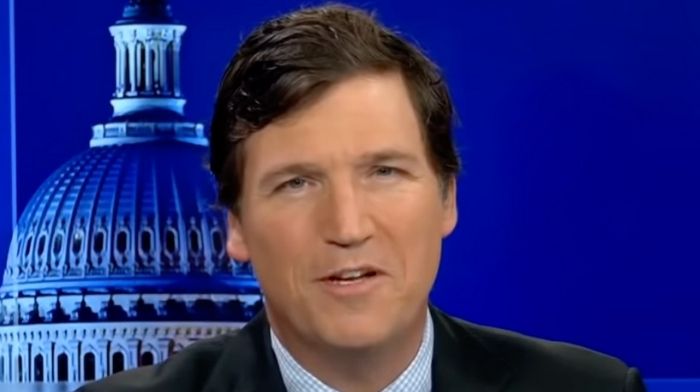 PHOENIX, AZ – While appearing at the Turning Point USA event in Phoenix on December 18th, Fox News personality Tucker Carlson shared his thoughts regarding the COVID jab mandates and everything else surrounding them – saying he’s “become totally intolerant of it.”

“I’m watching the vax stuff and I’m truly horrified by it on a real level, and I’ve become totally intolerant of it – because it’s too much. It’s too cruel, it hurts too many people. Nobody wants to say this, but obviously it’s class war against the weakest people. In the end, only Salvadoran busboys will have masks on; you know, because the peasants can’t look at their leaders. That’s what it’s actually about and the vax stuff is about punishing people who have no one to protect them.

That’s the truth, okay? And I’m completely sick of it. And I’m soon going to be selling mugs that say ‘Naturally Immune’ because if you’re naturally immune, you earned it. I mean that. And if you have earned it, and I know some in the room have, like you earned it. And some people really earned it, at a high cost – and you should be proud of it. And you shouldn’t let anybody make you feel bad about it, boss you around about it, make you do anything you don’t want to do – so I look at that and I’m like ‘what is this?’”