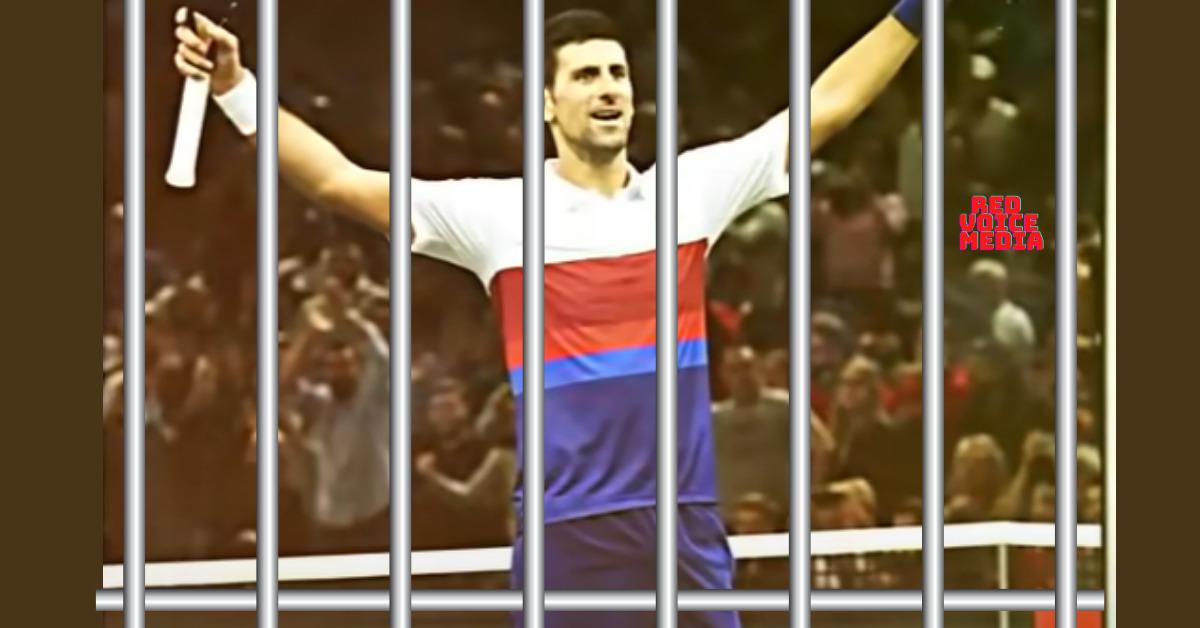 Novak Djokovic, the top men’s tennis player in the world, is set to be deported from Australia over the country’s COVID-19 jab requirements.

Newsweek reported that Djokovic, who has not gotten his COVID-19 shots and is against the jab mandates, claimed that he got an exemption into Australia so that he could play in the upcoming Australian Open. However, when he landed there around midnight on Wednesday, there was a  mistake found in his visa application, and the Serbian tennis star was placed in a room that was guarded by police.

“Novak is currently in a room which no one can enter,” said Djokovic’s father, Srdjan Djokovic. “In front of the room are two policemen.”

The Australian Border Force said in a statement that Djokovic “failed to provide appropriate evidence to meet the entry requirements to Australia, and his visa has been subsequently canceled.”

“Non-citizens who do not hold a valid visa on entry or who have had their visa cancelled will be detained and removed from Australia,” the statement added.

Australia is known for having some of the strictest COVID-19 restrictions in the world. Though over 90% of people over the age of 16 have been vaccinated in Australia, there are people who still aren’t allowed to travel between states or internationally.

Australian Prime Minister Scott Morrison released a statement saying that Djokovic would either need to prove that he couldn’t be vaccinated for medical reasons or leave the country.

“Mr Djokovic’s visa has been cancelled,” Morrison said. “Rules are rules, especially when it comes to our borders. No one is above these rules. Our strong border policies have been critical to Australia having one of the lowest death rates in the world from COVID, we are continuing to be vigilant.”

Mr Djokovic’s visa has been cancelled. Rules are rules, especially when it comes to our borders. No one is above these rules. Our strong border policies have been critical to Australia having one of the lowest death rates in the world from COVID, we are continuing to be vigilant.

Lawyers for Djokovic are appealing this decision, ESPN reported that he will likely remain in visa limbo until Monday. His family claim that he has been made a victim of a “political agenda.”

“They’re keeping him in captivity,” said Djokovic’s father. “They’re stomping all over Novak to stomp all over Serbia and Serbian people. “Morrison and his like have dared attack Novak to bring Serbia to its knees. Serbia has always shown that he comes from a proud nation.”

“I feel terrible since yesterday that they are keeping him as a prisoner. It’s not fair. It’s not human. I hope that he will win,” Djokovic’s mother, Dijana, said after speaking with him briefly by telephone. “Terrible, terrible accommodation. It’s just some small immigration hotel, if it’s hotel at all.”

Djokovic tested positive for COVID-19 in June of 2020, and he has been outspoken about being against COVID-19 jab mandates ever since.