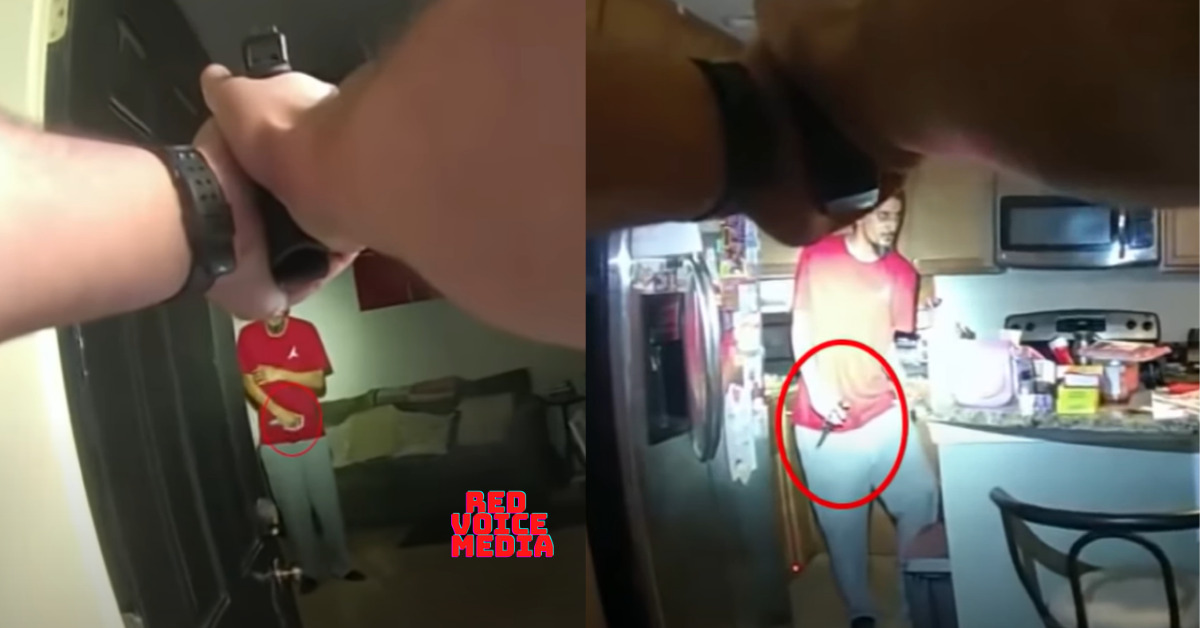 GLEN BURNIE, MD – Released bodycam footage caught the moments when a suspect armed with a knife was fatally shot by Anne Arundel County Police back in late November. Following the fatal shooting of the armed suspect, police also discovered the suspect’s mother deceased inside of the home where the incident occurred.

According to a press release from the Maryland Attorney General’s Office, the incident occurred at approximately 1:30 p.m. on November 28th at a residence located within the 1400 block of Braden Loop.

Police had responded to a 911 call from a woman who said she was being chased a male family member armed with a knife, later identified as 32-year-old Digno Ramon Yorro, Jr., where the woman said she was eventually chased out of the home.

When police arrived on the scene, the woman reportedly informed authorities that she was worried about Yorro’s mother as she was missing, and the woman cited that there was a lot of blood inside of the home.

Bodycam footage shows police breaching the front door of the residence after the suspect failed to respond to authorities announcing themselves. Once the front door was breached, officers issued multiple commands for Yorro to drop the knife. Said commands were ignored.

One of the officers eventually used a bean bag shotgun in order to gain compliance from the suspect, which was ineffective. The same officer then tried using his taser after officers made their way inside of the home, which was also ineffective.

After the failed attempt at utilizing the taser, Yorro, who was still armed with the knife, advanced on officers and was shot multiple times by one of the officers on-scene. While officers were tending to Yarro following the shooting, another officer breached a door inside of the home that led to the garage where the suspect’s deceased mother, identified as Valentina Yorro, was located.

Even though officers rendered aid to the suspect following the shooting, Yorro was ultimately declared deceased at the scene.

Officials did not release any details about a possible motive for the murder of Valentina, but the victim had reportedly taken out a protective order out against her son in 2020 that she later asked to have rescinded.