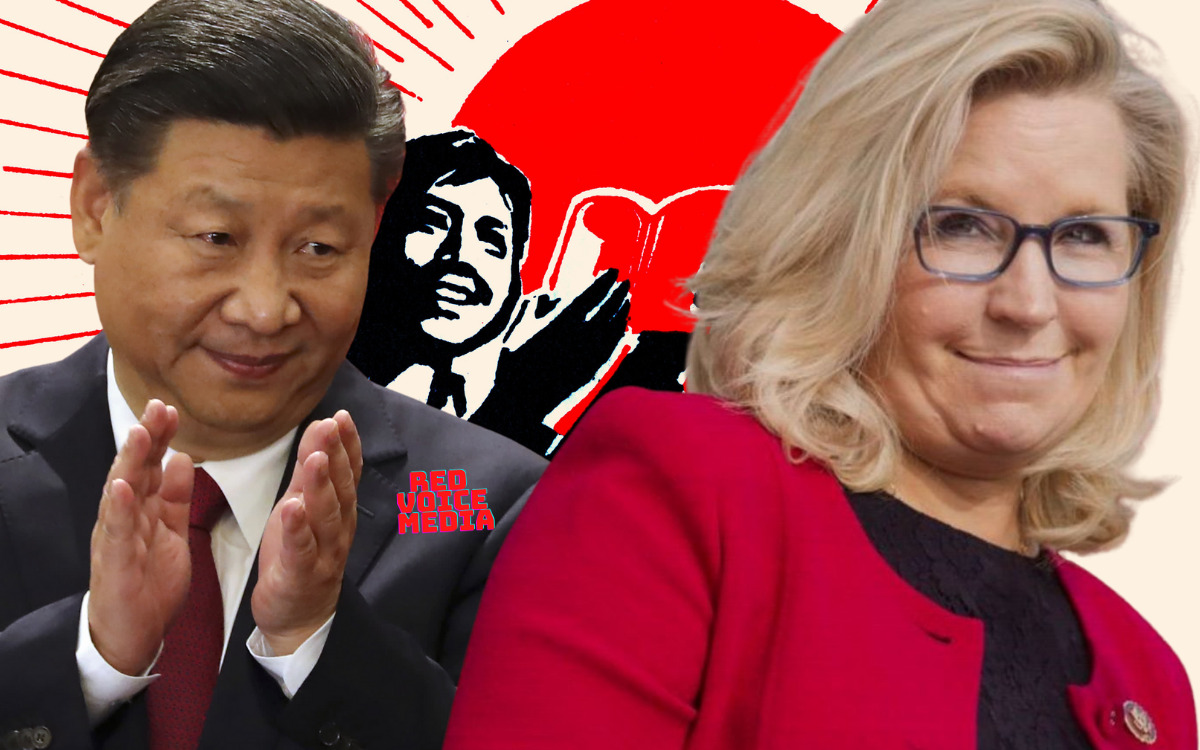 Often referred to as a RINO within her own party, Representative Liz Cheney has been known to be a harsh critic of former President Donald Trump. Cheney also controls a seat on the January 6th Commission that has sought to bring those responsible for the Capitol Hill riot to justice.

But what might not be known about the representative fighting against her own party members is that she accepted the Association of Former Members of Congress (FMC) 2021 Statesmanship Award.

While not unusual for politicians to receive awards and accolades, this award was sponsored by the China-United States Exchange Foundation (CUSEF).

Although most might not know exactly what CUSEF is, it should be noted that the U.S. government flagged the foundation for trying to persuade American leaders to “take actions or adopt positions supportive of Beijing.”

It wasn’t just Rep. Cheney who accepted an award sponsored by CUSEF, Senators Tim Scott, Chris Coons, and Rep. Jim Clyburn also took part in the ceremony. Cheney even held a virtual conversation with the Former Members of Congress (FMC). The FMC has an extensive history of working with CUSEF.

As for the history behind CUSEF, it was founded by the Vice-Chairman to one of the highest-ranking entities controlling China’s United Front. The Security and Economic Review Commission classifies the operation as having a goal “to co-opt and neutralize sources of potential opposition to the policies and authority of its ruling Chinese Communist Party” and “influence foreign governments to take actions or adopt positions supportive of Beijing.”

According to Foreign Agent Registration Act (FARA) filings, CUSEF has had a history of swooning over both politicians and journalists. In some cases, officials were offered free trips for nothing more than “favorable coverage.”