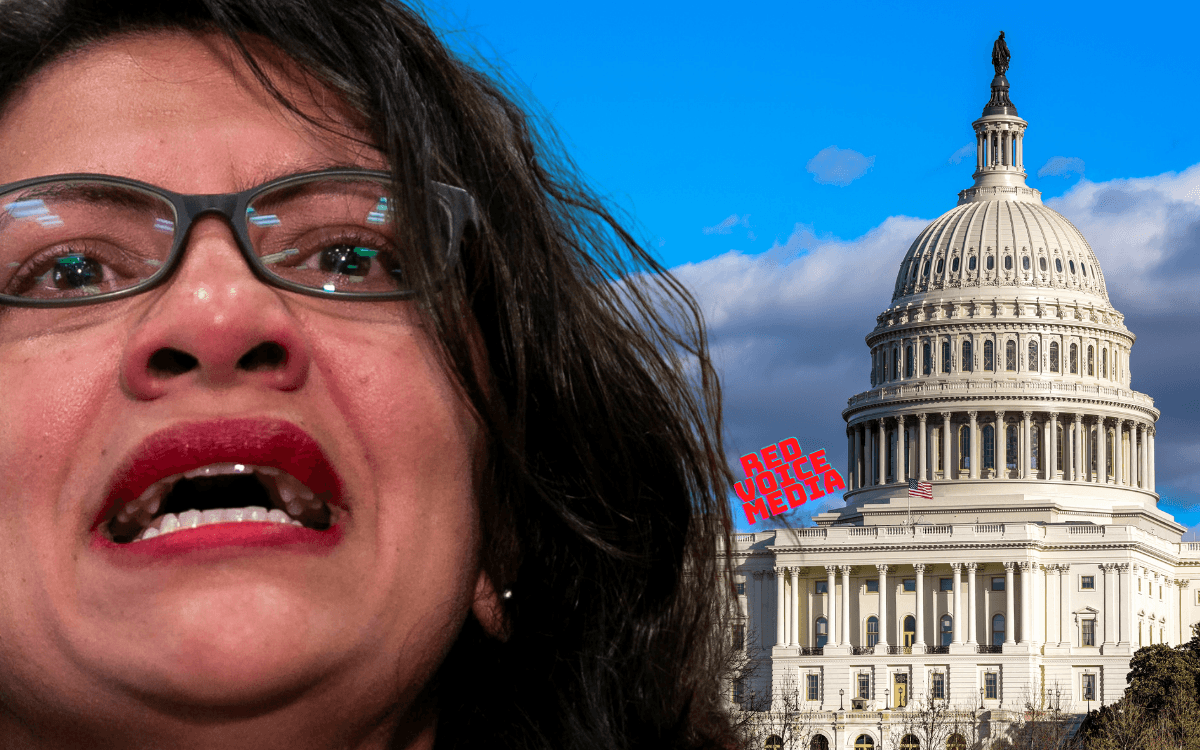 We’ve heard a lot of insanity over the years from Democrats. But this one is a topper. Abolish all federal prisons, release all criminals. And it even gets more radical than that. That kind of view defines the Democrats today.

FNC: “Rep. Rashida Tlaib, D-Mich., revealed in a new interview, perhaps unwittingly, that she doesn’t necessarily support the details in a bill she endorsed last year that would abolish federal prisons over the course of 10 years, admitting that there are some people who legitimately belong behind bars.

During an interview Monday with Axios reporter Jonathan Swan, Tlaib was pressed on her support for the BREATHE Act, which calls for the Department of Justice and the Department of Health and Human Services to create a ‘roadmap for prison abolition,’ including the ‘full decarceration of federal detention facilities within 10 years’ and ‘a moratorium on all new federal prison, jail, immigrant and youth detention construction.’ ”

This is quite an interview. Killing the Filibuster then this … https://t.co/gnsze33LKm

“To what extent have you wrestled with releasing any potential downsides of releasing into society every single person who currently in a federal prison?” Swan asked the Marxist antisemite .

“That’s what the act says,” Swan responded. “Yeah, but did you see how many people are mentally ill that are in prison right now,” Tlaib weakly shot back, trying to change the subject. “No, I know,” Swan said. “But the act you endorsed actually says release everyone in 10 years. … There are like, human traffickers, child sex [predators]. Do you mean that you don’t actually support that? Because you endorsed the bill.” Tlaib then again brought up the mentality ill. Another attempt to dodge the main question.

“Why aren’t you asking me about them?” she asked Swan. “You’re asking me about the human traffickers and others.” Yeah, why bring up criminals in a debate about prisons? “What I’m trying to understand is, your proposal is so sweeping,” Swan said. “It does release everyone.” He hits the nail. “Oh, yeah, within 10 years,” Tlaib responded. “Obviously there’s a process of looking at how we can get away from mass incarceration and move toward care first.”

“Do you believe that there are still categories of people who should be behind bars?” Swan asked. “I don’t think there’s any rehabilitation happening right now for those that might actually have … mental health issues.” Again, with the mentally ill. She really doesn’t want to talk about her proposal.

Senator Lindsey Graham shot back. “Oddly enough, Congresswoman Tlaib has had a tough time convincing Congress to follow her lead on emptying prisons,” the senator wrote. “However, the Taliban jumped all over this idea. When they took over Afghanistan first thing they did was empty all the prisons – including releasing terrorists…What could possibly go wrong?” he asked. “And why didn’t the media bring up this proposal during 2020 presidential campaign?” Gee, wonder why?

This piece was written by David Kamioner on November 23, 2021. It originally appeared in LifeZette and is used by permission.