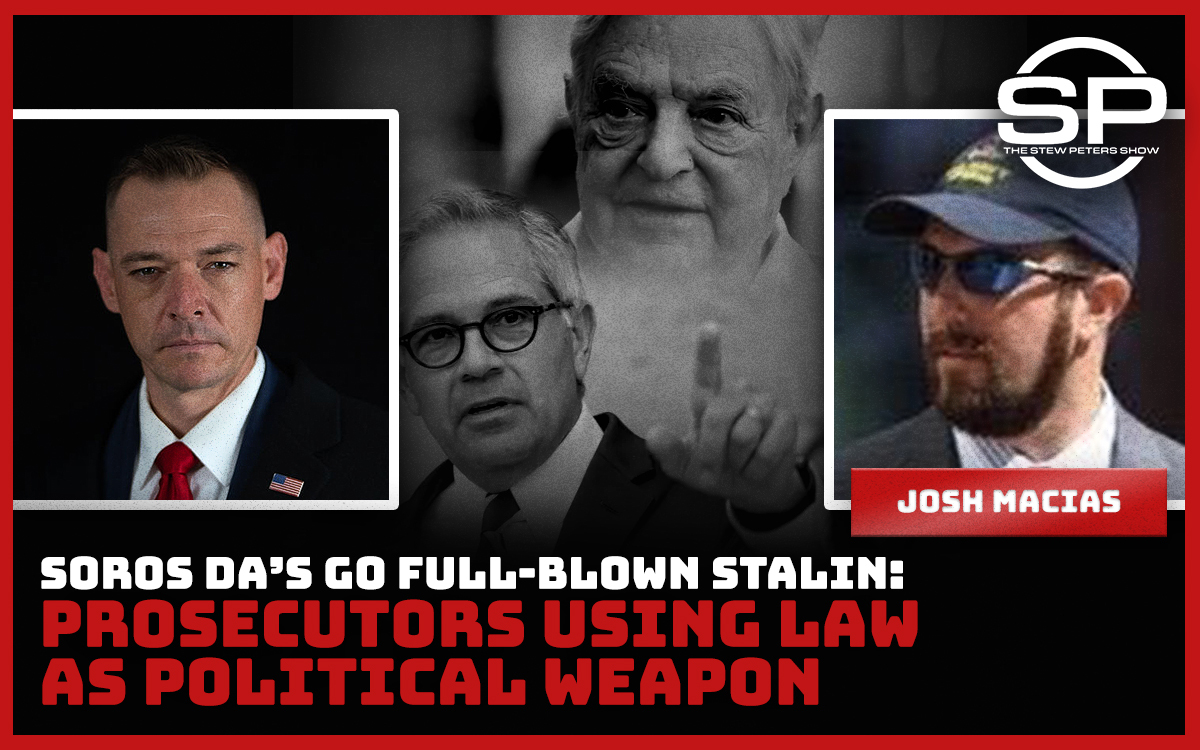 The past year has really shown the power of a handful of prosecutors to radically remake all of America. In Los Angeles or Seattle, you get a Soros DA who decides that, actually, they’re just not going to enforce the law against homeless vagrants or violent criminals, even if it makes those cities unlivable. And so that’s exactly what’s happened. Murder and theft and homeless encampments have all exploded. Life is that much worse for everyone who isn’t a degenerate criminal parasite. Mission accomplished if you’re on the left.

And on the flip side, you have the prosecutors who have decided their top priority is exposing and destroying conservatives and supporters of Donald Trump. That’s what the whole January 6 inquisition is about. It’s not about “protecting our democracy.” It’s about terrorizing President Trump’s most vocal backers, and putting even the most fringe participant in the rally behind bars, no matter how bullshit the charges are.

But this isn’t just happening with the DOJ and January 6. There are state level versions too, as Joshua Macias has learned. Macias is a veteran who traveled from Virginia to Philadelphia to assist as an election observer and blow the whistle if he saw any illegal activities.

And he did see illegal activities: By prosecutors against himself. Police arrested Joshua on November 5 as he walked near the Philadelphia Convention Center, where votes were (suspiciously slowly) being tallied. Joshua never brandished a weapon at anyone. He never attacked anyone. He never threatened anyone and never tried to break into the convention center. He simply walked near the center carrying a gun he was legally allowed to own.

But DA Krasner didn’t get where he is today by applying the law in a reasonable way. He got there by using the law as a political weapon. Shortly after Joshua’s arrest, the Philadelphia DA’s office claimed that, even though Joshua never tried to break into any election facility, they could still charge him with a felony plot to interfere in an election.

They didn’t stop there. They basically just lied about Joshua, plotting to destroy his whole life for the Democratic Party’s political gain (sound familiar?). The DA’s office claims that Macias and one of his friends were plotting to commit violence and that, quote, “a mass shooting [was] narrowly averted.” According to Macias, this is demented hyperbole, intended solely to manipulate the public and incarcerate a man with dissenting political views. An FBI investigation found no evidence at all of any violence, either committed or planned. The FBI accordingly released Macias after he cooperated and conducted an extensive interview. But that wasn’t good enough for Pennsylvania’s power-hungry prosecutors. They had Macias arrested, and tried to deny him bail before eventually settling on the grossly excessive fee of $750,000.

All of this began more than a year ago, and Joshua Macias’s life is still a living hell thanks to it. He joins us now.