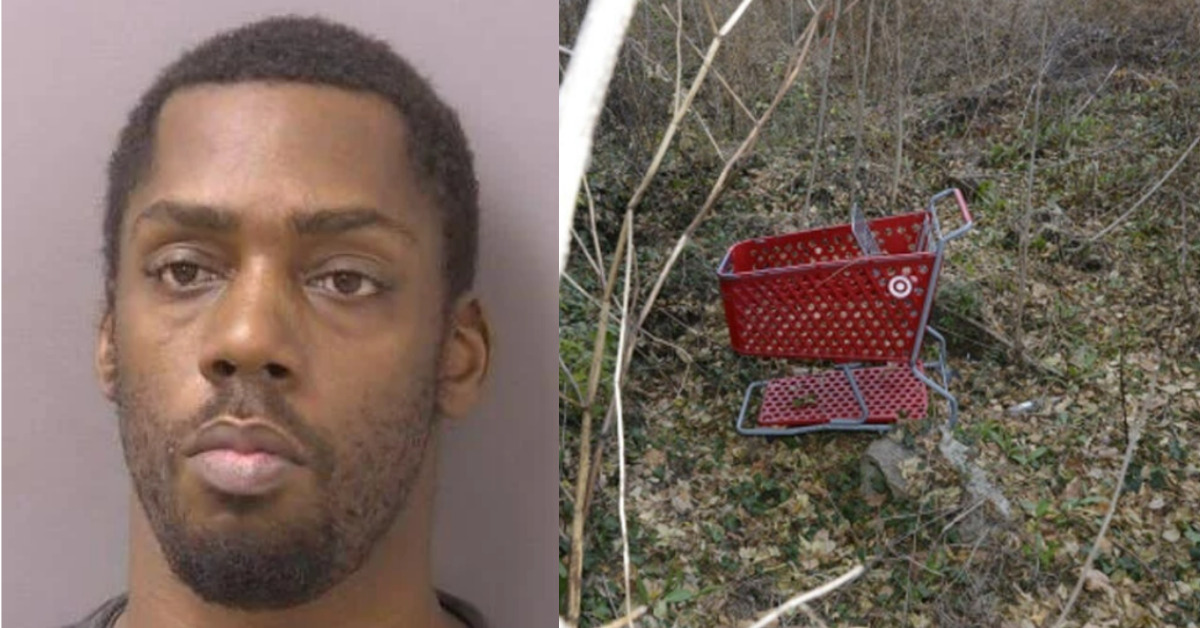 FAIRFAX COUNTY, VA – A serial killer who is already in custody has now been linked to the murder of four women, his methods earning him the title “Shopping Cart Killer.”

The suspect, 35-year-old Anthony Robinson, was already charged with two counts of first degree murder, following the bodies of two women being located in a vacant lot in Harrisonburg. Police believe he is also responsible for the murder of at least two other women.

Fairfax County Police Chief Kevin Davis said during a Friday press conference, “We have a serial killer. The good thing is he’s in custody. The challenge that remains is identifying other victims.”

Robinson allegedly finds his victims on dating websites. “He meets his victims then at motels,” Chief Davis said. “After he inflicts trauma to his victims and kills them, he transports their bodies to their final resting place literally in a shopping cart.”

Reportedly, Robinson killed all located victims with blunt force trauma. There is apparently video evidence of at least one murder, but police have not released that at this time.

Following his arrest, police investigation led to the Moon Inn, where a shopping cart was located. A detective connected the proverbial dots, and this week, the bodies of two other women were located in a plastic container near the motel.

One of those two victims was named as 29-year-old Cheyenne Brown. Brown’s relatives reportedly identified her by distinctive tattoos on her body. The second body has not yet been identified.

“Our shopping cart killer does unspeakable things with his victims,” Chief Davis said. “And it’s our collective duty and responsibility to bring justice and cloture to all of our communities.”

Reportedly, Robinson does not have a previous criminal record and is currently being held without bail. Police are still looking for possible additional victims.