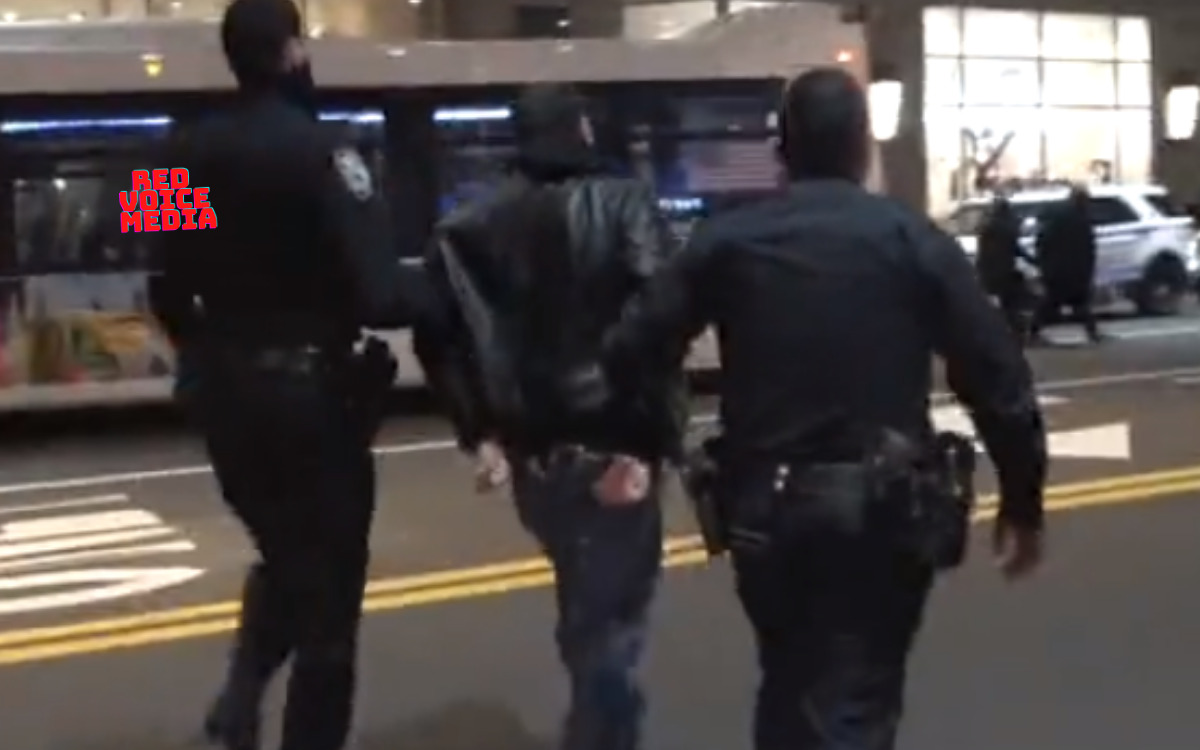 QUEENS, N.Y. – Continuing their silent war on those labeled as “unvaccinated,” Democratic strongholds like New York have taken drastic steps to force people to take the COVID-19 drug. Not outright forcing the shot, Democratic leaders have made it almost impossible for those who are still hesitant to live normal lives. Due to their outlandish mandates, citizens are forced to show proof they got the shot to watch a movie, see a sporting event, and even enjoy a nice meal. And as six men who wanted to eat at a Cheesecake Factory in Queens, New York, they found out that not conforming could mean jail time.

In the video featured below, the group of men, one of whom is a decorated army veteran, wanted to treat themselves to a nice meal at the Cheesecake Factory. But not being able to show proof that they received the COVID-19 drug, they were denied service. The group didn’t adhere to the mandate and tried on several occasions to order food and drinks to the point that the manager decided to call the NYPD.

Having served in Afghanistan and Iraq, Mitchell Bosch, one of the men arrested, told reporters, “I served in Afghanistan, I served in Iraq. We are fighting an army much stronger than us. The enemy is the politicians, the oligarchies.  We have to do civil disobedience in order to get medical freedom. All we want to do is get something to eat and drink and we will gladly get out of here. This is what it’s gonna take to get America to wake up people to sacrifice, to get comfortable with getting uncomfortable. Our time is now. This is holding the line- today. We as the people take a stand. Even if it means we go spend a little time behind bars- we will not comply. WE WILL NOT COMPLY. Medical Freedom is not negotiable. Plain and simple. NOT NEGOTIABLE. I fought for this country in order to give everybody the opportunity for freedom- and I am not going to go down. I am willing to die for my country for freedom.”

While some might view their actions as antagonizing, the men were part of a sit-in, with Derrick Gibson stating, “This is the civil rights movement all over again. We are doing a sit-in at the Cheesecake Factory, patiently asking to be served like everyone else in the restaurant, and we are not moving until we are served. We are tired of living in New York City and being discriminated against.”

Over a dozen police officers, including a New York City Police Captain, would arrive on the scene and ultimately arrest the protestors. No charges have been filed yet, although the manager said he was looking to hold the men accountable.

I would turn in my badge before making these “I’m just doing my job” arrests.

At this point, it’s a choice to stay and work for tyrants as there are many police jobs open in areas this bullshit doesn’t happen.

Don’t want to take a risk and move because it’s tough?