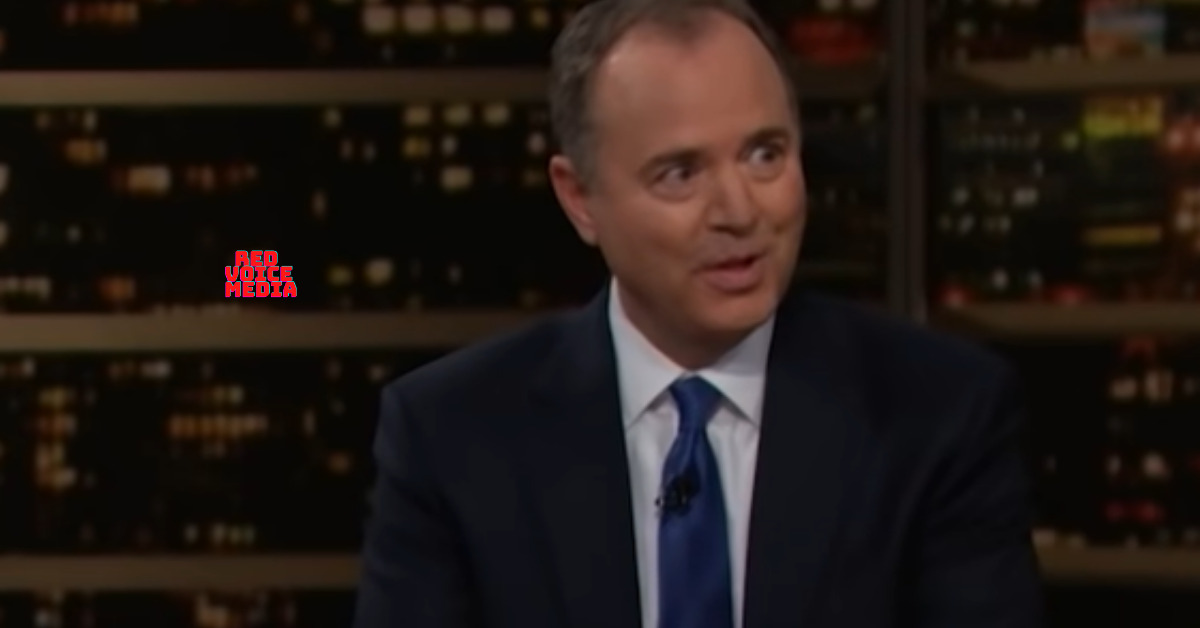 Rep. Adam Schiff (D-CA) showed the world just how corrupt he really is this week when he was caught doctoring text messages between Rep. Jim Jordan (R-OH) and former Donald Trump advisor Mark Meadows that were sent on January 6.

“I want to display just a few of the message[s] he received from people in Congress,” Schiff said during a hearing on Monday, referring to Meadows. “The committee is not naming these lawmakers at this time as our investigation is ongoing. If we could cue the first graphic.”

The graphic then showed purported text messages between Jordan and Meadows.

The January 6 committee needs to be disbanded immediately. If Adam Schiff is already doctoring text messages, then I can only imagine what the rest of the committee is doing.

“This one reads, ‘On January 6, 2021, Vice President Mike Pence, as President of the Senate, should call out all electoral votes that he believes are unconstitutional as no electoral votes at all,’” Schiff continued, according to The Federalist. “You can see why this is so critical to ask Mr. Meadows about. About a lawmaker suggesting that the former vice president simply throw out votes that he unilaterally deems unconstitutional in order to overturn a presidential election and subvert the will of the American people.”

The actual text that was forwarded to Meadows from Jordan was significantly longer, but Schiff shortened it and added punctuation where there was none to make it look as if Jordan was ordering Meadows to direct Pence on how to handle the electoral vote certification. This original text had been put together by Washington attorney and former Department of Defense Inspector General Joseph Schmitz. It included four pages of legal reasoning that Pence had the constitutional authority to object to the certification of electoral votes submitted by some states.

“On January 6, 2021, Vice President Mike Pence, as President of the Senate, should call out all the electoral votes that he believes are unconstitutional as no electoral votes at all — in accordance with guidance from founding father Alexander Hamilton and judicial precedence,” Schmitz texted. Schiff erased the final clause from the graphic that he showed.

Adam Schiff should be arrested for tampering with text messages between @MarkMeadows and @Jim_Jordan.

‘No legislative act,’ wrote Alexander Hamilton in Federalist No. 78, ‘contrary to the Constitution, can be valid.’ The court in Hubbard v. Lowe reinforced this truth: ‘That an unconstitutional statute is not a law at all is a proposition no longer open to discussion.’ 226 F. 135, 137 (SDNY 1915), appeal dismissed, 242 U.S. 654 (1916),” Schmitz continued. “Following this rationale, an unconstitutionally appointed elector, like an unconstitutionally enacted statute, is no elector at all.”

In his graphic, Schiff erased the last two paragraphs as well as the final clause of the first paragraph while also putting in punctuation that was never there and not revealing what he was doing. Jordan fired back through a spokesperson who said, “Is anyone surprised that Adam Schiff is again rifling through private text messages and cherry-picking information to fit his partisan narrative and sow misinformation?”

The corruption of the left never ceases to amaze.

Schiff didn’t doctor the text message, you guys. He only fabricated a screenshot that didn’t exist, deleted half a sentence, added punctuation where there was none, deleted two paragraphs, and had no clue it wasn’t even written by Jordan. https://t.co/xsW4GNft92