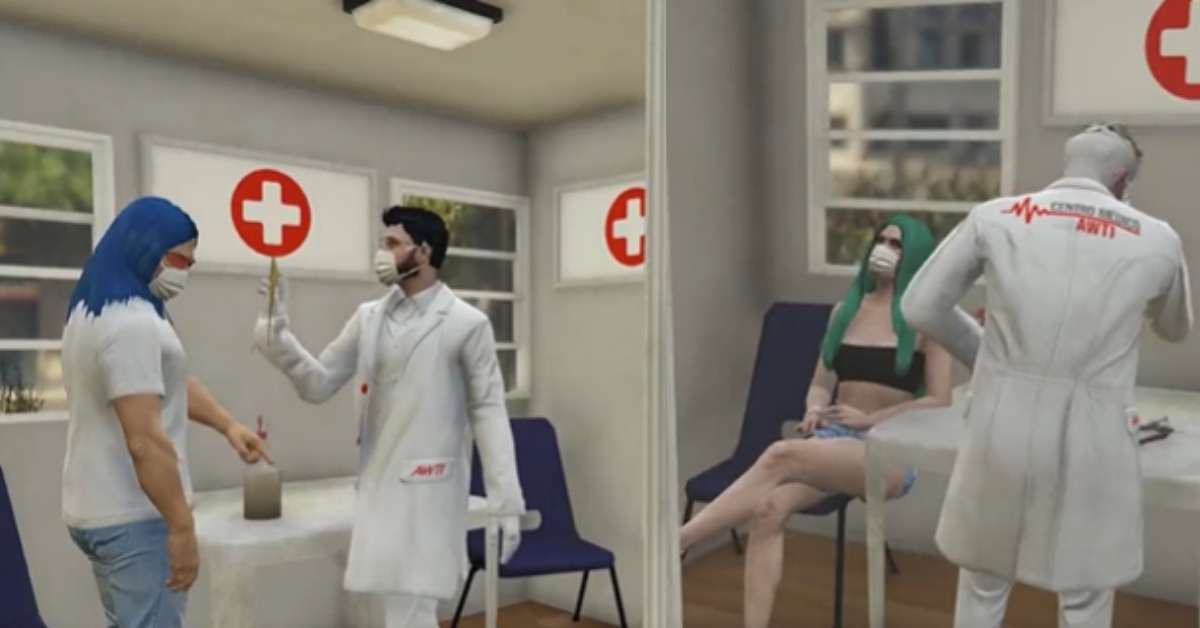 BRAZIL – According to reports, Pfizer is launching a campaign in Brazil to promote getting the COVID jab via allowing gamers who play Grand Theft Auto Five the ability to have their characters in the game get the COVID shot.

Apparently, the proverbial carrot on a stick to get GTA V players in Brazil all jabbed up is by affording in-game advantages for those who can showcase they got their jab in-game and in real life.

Pfizer Brazil turns to Grand Theft Auto RolePlay #GTARP for the first-ever Covid-19 vaccination that protects players in both real-life & the game. #InGameVaccine

This endeavor was launched by Pfizer Brazil in Cidade Alta, which apparently one of the most active GTA V servers within Latin America. The goal is simple: infiltrate a popular video game to give in-game incentives to get jabbed in real life.

Players were encouraged to take part in a unique #InGameVaccine initiative, according to the company. If GTA V players have gotten at least one dose of any COVID-19 shot in real life, they may vaccinate their in-game characters and obtain a distinctive blue bandage that affords extra protections for their characters.

In short, it’s somewhat of a creepy means to lure youths into injecting themselves with a real-world vaccine that poses a risk to cause adverse reactions so as to obtain in-game benefits.

Outplay CEO and co-founder of the Cidade Alta server Paulo Benetti proclaimed that this is an effort to “awareness” to their over six million players and viewers.

“With a daily audience of more than six million combined views across various platforms,” Benetti said, “we are committed to bringing not only entertainment, but also knowledge and awareness to those who watch our creators and streamers or play games on our platform.”

Pfizer joined in on the action to reportedly get high-profile video game streamers to promote the in-game and real life jab challenge in GTA V.

The irony in all this is that when someone is playing a video game, it’s an effort that – while done for general enjoyment – is a means to engage in a bit of fantasy and get unplugged from real world nonsense. No one wants to start a game of Pac-Man and suddenly get in-game notifications asking if they’ve reported their extra eBay or Etsy income to the IRS in exchange for extra lives.

That’s essentially what this serves as – and it’s both odd and creepy.