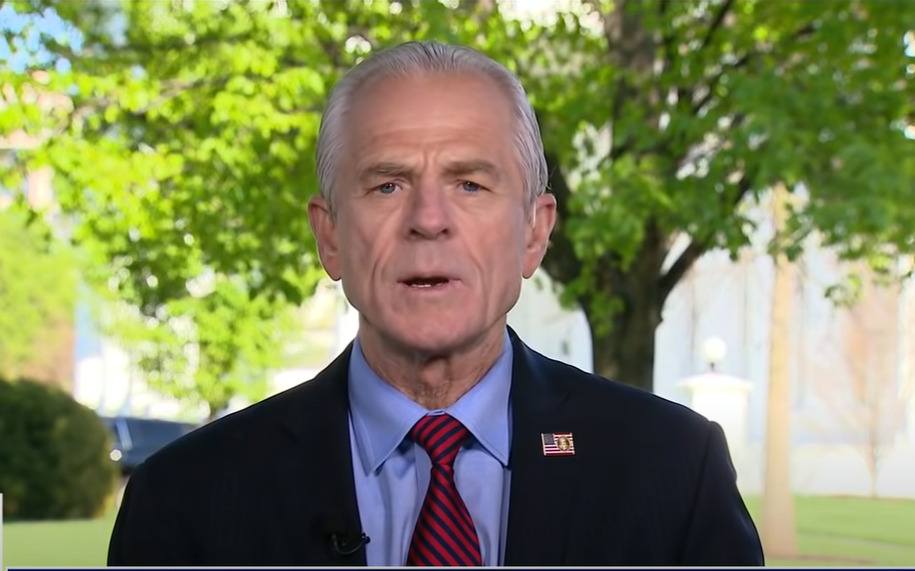 During a recent appearance on “The Stew Peters Show,” former Director of Trade and Manufacturing Policy during the Trump administration Peter Navarro explained why he isn’t entertaining the House committee tasked with investigating the onset of the COVID pandemic.

“This subcommittee is trying to basically spin a narrative going back to the campaign,” Navarro said. “They were actually working on this during the campaign – that somehow Trump mismanaged the pandemic, and I was part of that. It’s absurd, the ‘In Trump Time’ book – and I’m giving them copies of this – the first third of the book explains how it was me, Robert O’Brien is the national security advisor and President Trump, who in January of 2020, began working feverishly on our pandemic response. Let’s remember, Nancy Pelosi, Bill de Blasio, Cuomo – whole bunch of Democrats – were telling us ‘Don’t worry, be happy,’ including Fauci all the way up to March.

“I mean Pelosi was dancing in the streets. So that dog won’t hunt. There’s a lot of dogs in Washington but that dog won’t hunt. I’m not going to that committee simply because I’m obeying the law. President Trump has asserted executive privilege, not my privilege to wave. Once he did that, it becomes a matter between the committee…and President Trump and his lawyers – I’m out of the loop. Now if they want to pursue this, so be it, the law is on my side.”

Show host Stew Peters redirected from there, mentioning that this House committee from which Navarro dodged a subpoena likely wouldn’t acknowledge the inconvenient fact that the Biden administration has seen more COVID-related deaths than what occurred under the Trump administration.

Navarro stated that he was “glad” Peters brought that point up, while also highlighting that there are so many better things this House committee can be looking into rather than simply trying to malign the pandemic response during the Trump administration.

“I’m glad you mentioned that,” Navarro said. “It literally is a death toll now that is in excess of what happened during the Trump administration. And by the way, one of the big differences is that we actually gave them a vaccine – they keep telling us that that thing works – and I keep telling them to use it for senior citizens that have a high mortality rate…but don’t use it for six-year-olds or people who are young and healthy and particularly if they’ve already had the virus and have antibodies.

“Yeah, more people have died on their watch. I wrote in this letter…’Hey, wait a minute, why don’t you investigate Fauci and Collins for funding this thing behind me, the Wuhan bio-weapons lab where the pandemic started?’ There’s plenty of good stuff for them to investigate right now as to why things are going so wrong. But you come after me, you’re coming after the wrong guy, because I know the law and I know that we did a hell of a job there.

“I’m the one guy in the White House early on who knew that pandemic was coming. I said so at the time, wrote about it in a book 14 years ago, so I knew what was going on. They wan to come after me, so be it.”