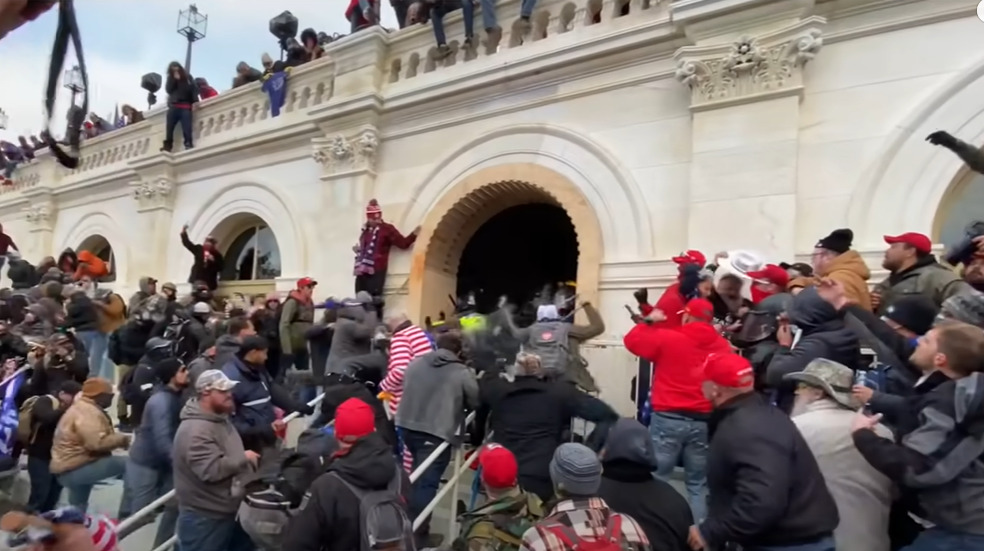 As if anticipating the whole event to happen, the Democrats masterfully grasped the Capitol Hill riot and turned it into an attack on American democracy within a matter of days. The media swirled stories about how it was the start of another Civil War that would never happen, and there were even claims that former President Donald Trump was behind the entire attempt to overthrow America. While completely outlandish and presenting no evidence, the Democrats continued to push the narrative that January 6th was a terrorist attack. But time and time again, video captured that day shows an entirely different story.

In the graphic video, which can be watched below, a man films the minutes leading up to when the sea of protestors broke through the lines set up by Capitol Police. What is interesting about the video is that the protestors don’t start to push back on the officers until they notice one of their own being beaten and mistreated. Take a look for yourself.

Being dragged back behind the line of police, an officer is shown physically hurling punch after punch into a person who isn’t fighting back or resisting. And remember, these are the same officers that Democrats wanted to reward. While the protestor was being beaten, the thousands behind them quickly overtook the line of officers, which would be the spark needed for the Democrats to claim Trump supporters are nothing more than domestic terrorists.