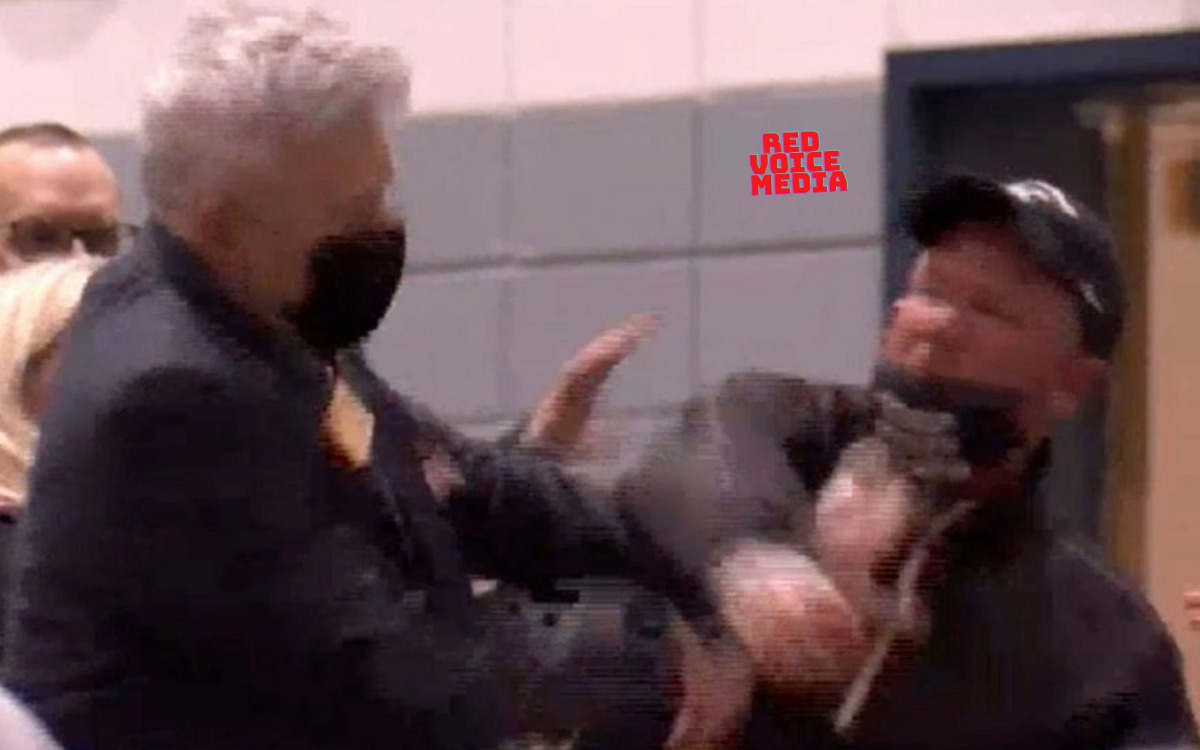 Attending a school board meeting on Tuesday, Connecticut parents were stunned as a simple debate over the school’s mascot turned into a violent altercation as two men started fighting inside the Glastonbury High School auditorium.

Due to the wave of wokeness that has spread throughout the country, the high school decided some time ago to get rid of the mascot “the Tomahawks” and go with a more cultural-friendly “the Guardians.” Although some claimed that the old mascot was “racially insensitive,” over 2,500 people joined a petition to bring back “the Tomahawks.”

What should have been nothing more than a quick vote turned physical as the video below shows one of the board members, Ray McFall, arguing with another man. The two drew closer and closer to each other as their argument came to a boiling point. Then, without warning, McFall pushed the man.

Letting his emotions get the better of him, McFall is quickly reminded of consequences as the man he pushed fires off a quick punch, sending the board member to the ground. Before the fight could escalate any further, parents broke the two up, and the meeting was closed without a vote being taken.