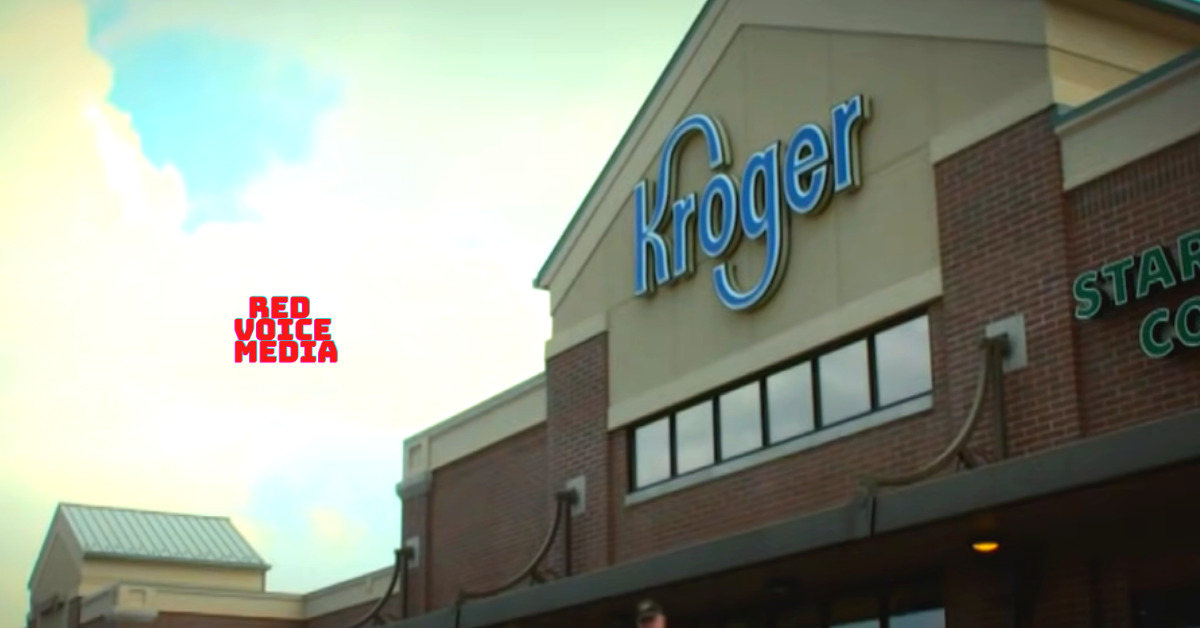 According to reports, supermarket chain Kroger announced that they will be pulling the plug on paid emergency leave for all employees who have not received the COVID jab starting in 2022. On top of the two-tiered restructuring of emergency leave for employees, the company will also be charging higher health insurance premiums for non-jabbed employees.

Kroger, which is cited as “one of the largest grocery retailers in the United States,” is shaking things up for their estimated 465,000 employees across the country when it comes to encouraging the jab. Come January 1st, 2022, all employees who have not gotten their COVID shot will no longer be afforded paid emergency leave if they contract the virus.

Furthermore, Kroger employees who haven’t gotten their jab by next year can expect to see a monthly increase of $50 added to their insurance premiums through the company.

A spokesperson for the company shared a statement with the Daily Caller News Foundation about the upcoming changes, saying that getting their employees to take the jab “has been an integral part” of the company’s efforts regarding COVID-19.

“We have been navigating the COVID-19 pandemic for almost two years, and, in line with our values, the safety of our associates and customers has remained our top priority,” the spokesperson said. “The administration of the vaccine to our associates has been an integral part of our efforts and continues to be a focus.”

The January deadline seems to take inspiration from the Biden administration’s attempted weaponization of OSHA to impose jab and mask mandates on all employees of companies hosting 100 or more employees.

However, as we at Red Voice Media have previously reported, the Biden administration has been facing a litany of legal challenges against said attempt at utilizing OSHA to create de facto federally-imposed jab mandates.

By mid-November, the Fifth Circuit Court of Appeals blocked the would-be OSHA mandate, which eventually led to OSHA announcing that they would be suspending all attempts to enforce any sort of mandate on employers regarding the COVID shot and workplace testing.