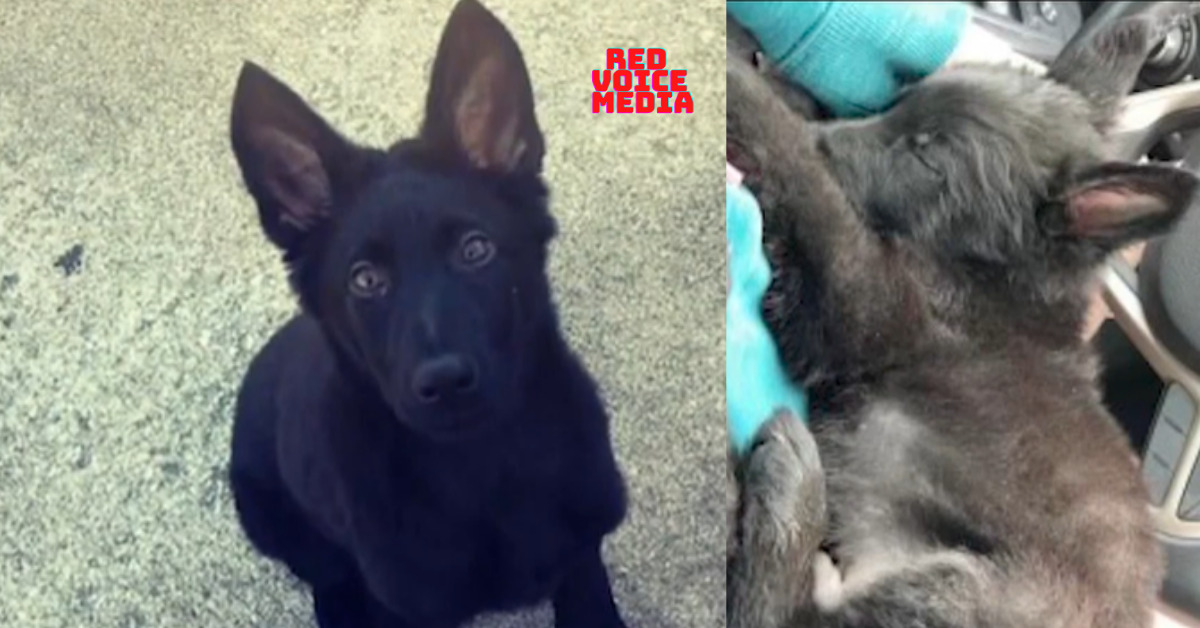 PARSONS, KS – The police department in Parsons, Kansas is on high alert after tragedy struck the town when a police officer reported that her German Shepherd, who was barely three months old, had been shot in what is being deemed a targeted attack.

Sadly, those responsible for the heinous act also beheaded the puppy. Parsons Police Chief Robert Spinks believes that the dog was targeted due to the owner being a part of the police department.

Being off-duty at the time of the incident, the officer reported that her puppy, Ranger, was killed. Spinks said, “She left her purebred German shepherd in a fenced backyard with water, food, outbuilding, and it was an unseasonably beautiful day here in Parsons, about 73 degrees outside.

“She went to lay down, caught some shut-eye, woke up, went outside and she found the carcass of her beautiful little puppy, the head had been severed, the head has not yet been recovered. And also we found the muzzle of the animal.”

According to the crime scene, the chief noted that it appeared that the suspects broke into the backyard and took the puppy to another location. He also mentioned how the individuals even broke into the officer’s home with the hopes of leaving the remains of the puppy to be found.

Spinks added, “In my 41 years as a police officer, this is obviously a very dark, evil, heinous crime not only because of the animal cruelty, which is a felony in Kansas, but also because it’s obvious that our officer was targeted. Her patrol car was parked in the driveway. The suspect or suspects knew, saw this was an officer’s residence.”

At the start, the department offered a $1,000 reward for any information leading to an arrest. With the surge of donations coming from within the community, the reward has been raised to $4,000.