Ghislaine Maxwell Begs U.N. To Help Her Get Out Of Jail 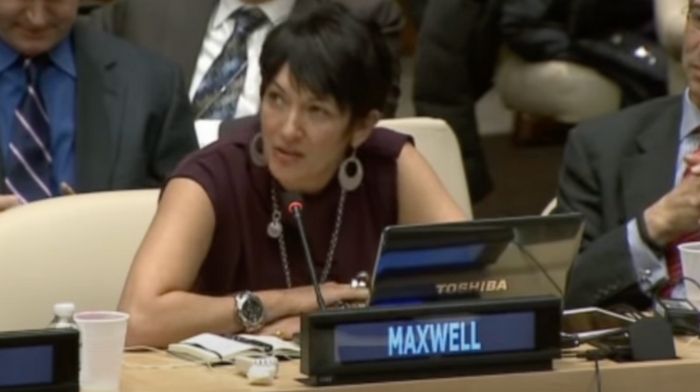 With her sex crime trial set to begin in just a few days, the disgraced British socialite Ghislaine Maxwell is begging the United Nations to help her get out of prison on bail.

NBC News reported that Maxwell’s siblings have filed an official complaint with the U.N., alleging that her continued imprisonment is an act of “unprecedented discrimination,” also claiming that U.S. authorities are trampling the “narrow line between justice and revenge.”

Maxwell, the alleged former madam of the late billionaire pedophile Jeffrey Epstein, has been behind bars awaiting trial since she was arrested in July of 2020. She’s set to go on trial next week for allegedly helping to groom young girls and young women for nonconsensual sex with Epstein, and sometimes actively participating in the abuse herself. Maxwell has been charged with four counts of conspiring “to entice minors to travel to engage in illegal sex acts” during the 1990s, along with two counts of perjury, according to The Hill.

In their complaint, Maxwell’s brothers and sisters slammed Judge Alison Nathan for rejecting the 59-year-old’s bail requests multiple times. Prosecutors have fought back against the bail requests by claiming that Maxwell is a significant “flight risk,” given her immense wealth and international connections.

“This is unprecedented discrimination, the like of which has never seen before: All her applications for bail have been rejected, with no regard for the security offered,” said family lawyers Francois Zimeray and Jessica Finelle. “It is as if Ghislaine Maxwell is suffering the consequences for the failure of the U.S. Administration to preserve the life of Jeffrey Epstein and secure his appearance at trial.”

Epstein allegedly committed suicide in prison in August of 2019 while awaiting trial for his own sex crime charges. The defense layers went on to claim that Maxwell is being mistreated in a prison where her living conditions are horrific.

“There is a narrow line between justice and revenge,” Zimeray and Finelle said. “We are not fighting against the complainants but against arbitrariness. In the court of public opinion, Ms. Maxwell is presumed guilty, convicted and demonized before any trial. The U.S. prosecution authorities have not sought to mitigate the effects of this demonization.”

Maxwell’s brother Ian spoke out this week to express his fears over his sister getting a fair trial.

“I think that there are several reasons for that; the enormous amount of negative media coverage of Ghislaine for at least the last 18 months – it’s only been going in one direction and that level of negative reporting which is not coming in any other direction than against her, I think it has a potential to poison the jury pool at some level if they are only hearing one side of the story and not the other,” Ian told The BBC.

“I am not here to go against the accusers or to talk about innocence and guilt, the reason I think this is a difficult process is because the way in which the authorities have chosen to proceed against my sister and to lock her up in isolation is wrong,” he continued. “It is an abuse of human rights and an abuse of the due process that has taken place.”