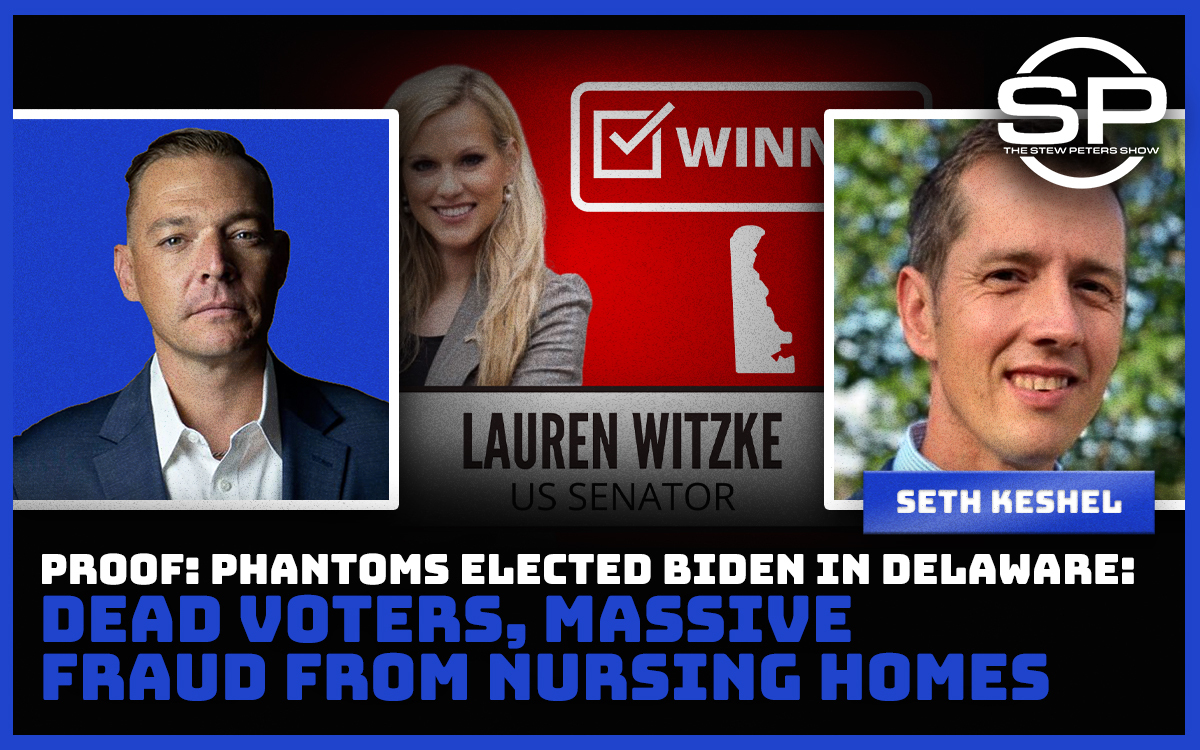 The official Arizona election audit got all of the attention, but it’s not the only effort to audit the suspicious results of the 2020 election.

For the past year, the group Patriots for Delaware has been scrutinizing the votes in Joe Biden’s home state. They’ve brought out professional auditors from the medical and accounting fields. And they say that what they’ve found is stunning.

For instance, they say they’ve found 1,768 people who voted on Nov. 3 of last year despite being dead. Of that number, 1,165 supposedly voted at a polling place, on an ES&S voting machine, despite the Delaware requirement to present a voter ID. It gets stranger, though. More than 90 percent of these dead voters died at least five years ago, but have just kept on voting ever since. Some of them have been dead for decades. Three hundred ninety-four of the names Patriots for Delaware found had died before the year 2000. One person died in 1963, then cast a ballot on a voting machine last year. Hundreds of these voters registered to vote after their date of death.

There’s more. Patriots for Delaware says they found 2,117 people who voted in 2020 despite moving out of state. More than eighteen hundred of those people moved and left no forwarding address, but still got a mail-in ballot somehow.

And how about this: Nationwide, the average return rate for mail-in ballots was about 70 percent. Makes sense; a lot of people just procrastinate or forget and never get around to voting even in the most important election of our lives. Well, in Delaware, they sent out 168,629 mail-in ballots, and got 168,355 of them back. A ninety-nine point eight percent return rate. The difference between that and the national average is more than 48,000 votes.

We’re not done yet. They looked at nursing homes and assisted living facilities, and how many votes were attributed to people living in those facilities. In some homes, the number of votes compared to the number of beds was low: seven percent, 13 percent, ten percent, and so on. But in others, it was higher, much higher. Overall, they looked at 15 homes, and five of them had a vote count greater than the number of beds. At Willowbrooke Court at Cokesbury Village, there were 94 total beds, and 296 votes: A voter turnout rate of 315%. By the way, here’s an interesting specific trend they found: They found that the homes with the most questionable votes tended to be those that had memory wards, facilities for people with Alzheimer’s or other dementia who can’t be trusted to function on their own.