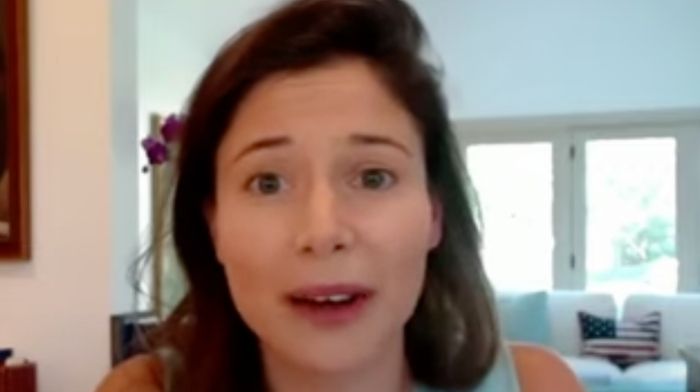 Calls are growing for the wife of National Security Adviser Jake Sullivan to recuse herself from special counsel John Durham’s investigation into the origins of the probe into alleged “collusion” between former President Donald Trump and Russia.

Margaret Goodlander, Sullivan’s wife, serves as counsel to Attorney General Merrick Garland, who oversees Durham’s investigation, according to Conservative Brief. This presents a conflict of interest in the eyes of some because Garland has control over the budget and the scope of the investigation, as well as the release of a report Durham is believed to be writing.

Sullivan was mentioned in Durham’s indictment of a cybersecurity lawyer who worked for the Clinton campaign. While there isn’t any evidence that Sullivan, who has been married to Goodlander since 2015, is being targeted by Durham, he could still be called as a witness for the probe since he acted as foreign policy adviser to Hillary Clinton’s failed 2016 presidential campaign.

Durham may also uncover some embarrassing details in his probe about the work Sullivan did to uncover some dirt on Trump’s possible connections to Russia while working for Clinton. Though a spokesperson for the Justice Department claimed that Goodlander “has no role in the investigation,” it’s not clear at this time if she has recused herself from it.

Senator Chuck Grassley (R-IA), however, said that it is necessary for Goodlander to formally recuse herself from this investigation.

“The Justice Department’s standing guidance calls for employees to avoid even the appearance of a conflict of interest, especially when it comes to ongoing criminal investigations,” Grassley, the ranking member of the Senate Judiciary Committee, told The Washington Free Beacon.

“It’s in Garland’s best interest—and he’s obligated—to be transparent about whether his department is walling off officials who have a real or even perceived conflict, just as prior administrations have done,” he added.

Jason Foster, founder and president of Empower Oversight, addressed this as well, saying that the public’s faith in Joe Biden’s Justice Department means it is “critical that decisions about Special Counsel Durham’s investigation are insulated from the political biases and personal interests of senior DOJ officials.”

“It would be no imposition on [Goodlander] or AG Garland to simply recuse herself from providing any advice to him in relation to that investigation—and thus reassure the public that she will continue to have no role in the future,” Foster continued.