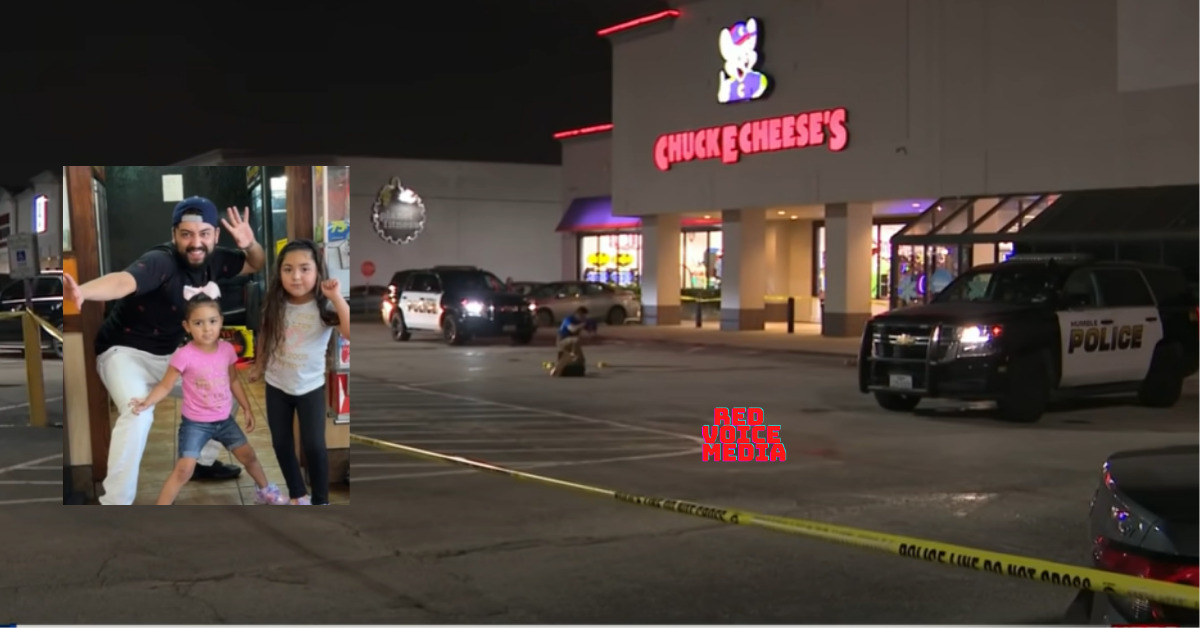 HUMBLE, TX – In late December, a 24-year-old father to two young girls, ages three and six, was gunned down outside of a Chuck E. Cheese establishment while holding his six-year-old daughter’s birthday cake. Authorities say the fatal shooting was preceded by a verbal exchange with a driver in the parking lot who nearly hit the victim with their vehicle.

Local reports noted the incident occurred on New Year’s Eve, as 24-year-old Calogero Duenes had arrived that day at the Humble Chuck E. Cheese to celebrate his six-year-old daughter’s birthday.

While in the parking lot of the establishment with his daughter’s cake in hand, police say that surveillance video showed an unknown subject driving the wrong way in the parking lot and nearly hitting the victim with their vehicle.

Police added that the video showed the driver and Duenes had exchanged words and witnesses say that’s when three gunshots rang out.

While this was all going on, Duenes’ 25-year-old wife Amber Uresti and their two children were already in the Chuck E. Cheese establishment. While speaking to a local news outlet, Uresti described the horrifying moments when her husband ran into the establishment saying he’d been shot.

“I saw him,” she said. “I saw him walking towards us. I told the lady my husband was on his way. I pointed at him, and the instant I turned around, he came running in through the door and he kept saying, ‘I got shot! I got shot!’”

Uresti said that their six-year-old daughter then saw her father fall to the ground. Duenes was rushed over to an area hospital after the shooting but passed shortly after arriving. Grief stricken over the loss of her husband, Uresti can’t understand why someone would so mercilessly kill the father of her children.

“He had no weapons. He was holding my daughter’s birthday cake. He had nothing on him. I don’t understand why,” she said.

Duenes and Uresti had first met each other in Corpus Christi back when she was 15-years-old, saying how the two were inseparable since the day that they met as kids. She said, “We grew up together. Every day for the last 10 years, it’s been me and him. I really don’t know what I’m going to do anymore. It’s really hard.”

Uresti said their six-year-old daughter has been traumatized over her father’s murder, detailing how she feels like there’s nothing she can say that will assuage her daughter’s pain from the family’s loss.

“My daughter has been crying,” said Uresti. “She slept last night with her father’s shirt, crying until she fell asleep, and it breaks my heart. There’s nothing I can tell her. There’s no words to tell her other than, ‘Daddy is with you in your heart. He loves you.’”

Authorities have yet to identify any possible suspects in the murder but say the individual may be driving a black Ford car. A GoFundMe was established by the family to help cover funeral expenses for Duenes.