1/6 Commission Made Up Whereabouts Of Former NYPD Commissioner In Subpoena, New Evidence Reveals 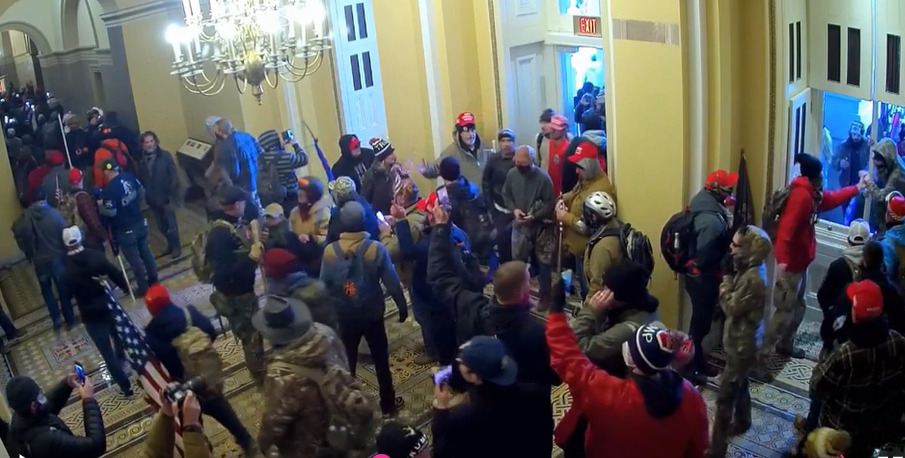 The January 6 commission that is led by Rep. Bennie Thompson (R-MS) has been accused of fabricating the evidence after newly found tollbooth records belonging to former New York Police Commissioner Bernard Kerik place him 300 miles away from the infamous January 5th meeting at the Willard Hotel in Washington, D.C.

“The Select Committee’s investigation and public accounts have revealed credible evidence of your involvement in the events within the scope of the Select Committee’s inquiry. You reportedly participated in a meeting on January 5, 2021, at the Willard Hotel in Washington D.C., in which Rudolph Giuliani, Stephen Bannon, John Eastman, and others discussed options for overturning the results of the November 2020 election such as, among other things, pressuring Vice President Pence not to certify the electoral college results…” they wrote in the subpoena.

However, Kerik’s attorneys at the Parlatore Law Group were not having any of it, and they fired back on Tuesday in a letter of their own.

“We knew from the time that we received the subpoena that this was a false allegation, as Mr. Kerik never participated in any such meeting,” they said. “He wasn’t even in Washington DC, as he was in New York dealing with a family medical emergency. While we knew at the time that the claim was false, we later found out that it was actually a fabrication.”

“This passage in your letter had a footnote, citing two sources for this allegation, Bob Woodward’s book, Peril, as well as a Washington Post article,” the lawyers continued. “However, a review of both cites quickly demonstrates that no such allegation was ever made. The Washington Post article does discuss Mr. Kerik’s involvement in investigating fraud but makes no mention of this alleged meeting, whereas Woodward’s book does not claim that Mr. Kerik was at the meeting. In fact, a text search of Woodward’s book reveals that the word ‘Kerik’ isn’t even mentioned once.”

This came after the January 6 commission members claimed that they had “credible evidence” proving that Kerik was at the Willard Hotel in Washington on January 5th, but this was a total lie, as no such evidence exists.

“The United States Congress puts out a press release and says that I’m going to be investigated, and I’m being subpoenaed, based on a meeting that I attended on Jan. 5th with Steve Bannon, Mayor Giuliani and Dr. Eastman and maybe some other people,” Kerik said in a statement. “I was not at a meeting on Jan 5. [Bennie Thompson] made a false statement.”