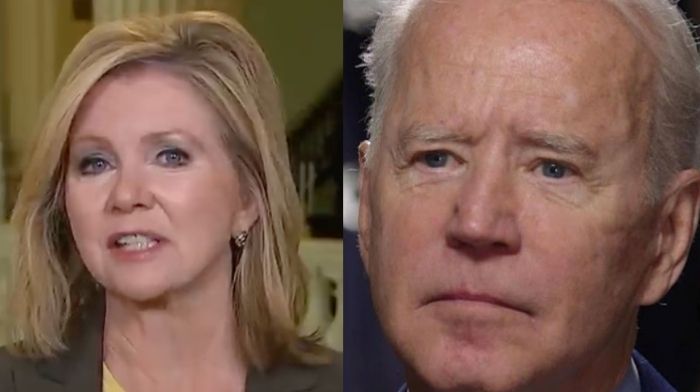 Senator Marsha Blackburn (R-TN) spoke out on Monday to call out the mainstream media for being in “cahoots” with Joe Biden and his administration.

“It almost looks as if the press is in complete cahoots with the Biden administration and the Democratic Party,” Blackburn told Newsmax. “One can imagine that they’re getting their talking points every morning, whether it pertains to the infrastructure bill or the ‘build back broke’ agenda, or any of these other actions that they’re taking. The press is right in step with the Biden administration. They will not say one word about Hunter or his business dealings.”

Blackburn then said that this is “outrageous.”

“I cannot imagine if it was a Republican who was choosing to just thumb their nose at the American people and the rule of law if they are using this for self-gain,” she said. “There are so many levels of concern here.”

Blackburn went on to cite the fact that in the video conference between Biden and China’s President Xi Jinping, the U.S. president’s main goal was to lower the temperature between the two countries. However, Biden did not make any demands about trade or demand answers about the origins of the COVID-19 pandemic. He also failed to take a tough stance on Beijing.

“The Chinese Communist Party has one goal, and that one goal is global domination,” Blackburn said.

This comes as the Biden White House is considering a diplomatic boycott of the 2022 Beijing Olympic games, which would keep U.S. dignitaries but not athletes from traveling to China. Blackburn revealed that Sen. Tom Cotton (R-AK) wrote a letter to the International Olympic Committee in which they said that athletes should not be put in harm’s way, which could happen if they end up going to Beijing. As an example, Blackburn cited the disappearance of Chinese tennis star Peng Shuai after she accused a former vice-premier of sexually assaulting her.

“I would be very concerned about putting our athletes into Beijing under the Communist Party’s watch and would be fearful for what could happen to some of these athletes,” she said.

Many would agree that the media has been covering for Biden since before he even took office. After four years of spinning everything that Donald Trump did negatively, they are now doing the exact opposite.

No wonder so many people in this country have lost all trust in the mainstream media.